Unlike the other arts, that begin with a blank canvas or an empty stage, photography begins with the world. The job of the photographer, it might be argued, is to select rectangular or square sections of reality, in the form of reflected light, to stop and fix forever. Choosing where to put your body, what to include, what to exclude and when to click the shutter are very different processes to those used by artists in other fields.

Take a careful look at the photographs below. Think about where each photographer has decided to place the edges, what he or she has decided to include in and exclude from the frame. What choices has s/he made? 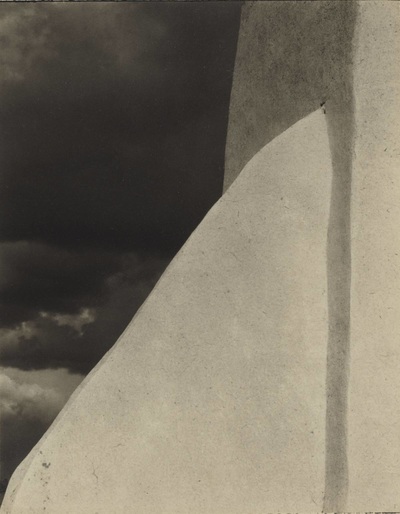 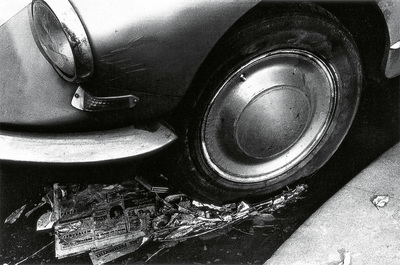 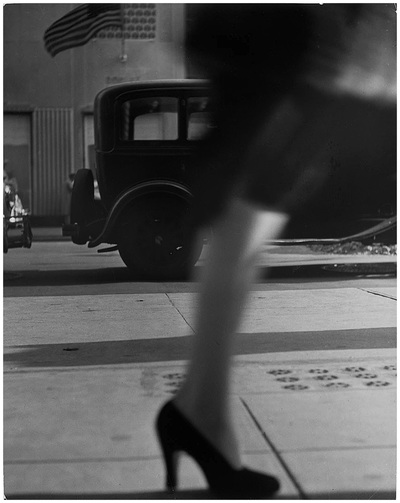 Photography is a system of visual editing. At bottom, it is a matter of surrounding with a frame a portion of one's cone of vision, while standing in the right place at the right time. Like chess, or writing, it is a matter of choosing from among given possibilities, but in the case of photography the number of possibilities is not finite but infinite.
​
-- - John Szarkowski

To crop or not to crop

Cropping is different to framing. Framing is what you do when you take the picture, working out what to include and what to exclude. Cropping happens later, either in the darkroom during enlarging and printing, or in digital editing software. 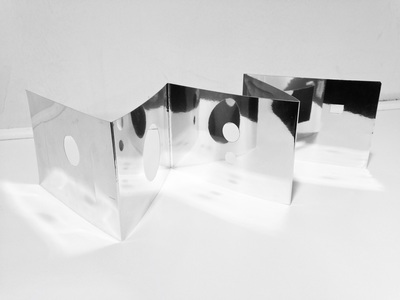 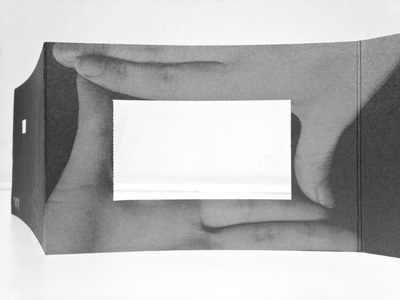 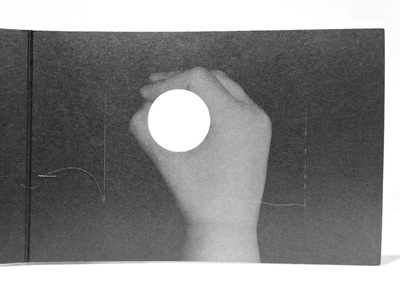 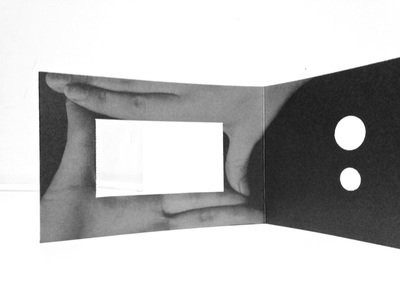 Remember, not everything is a picture. A good eye can edit before the shutter opens.

In photography you can never express yourself directly, only through optics, the physical and chemical processes. It is this sort of submission to the object and abnegation of yourself that is exactly what pleases me about photography. What is extraordinary is that, despite this submission and abnegation, the personality of the photographer shines through all the obstacles. In the end, images convey personality just as strongly as in a drawing.
​
-- Brassai

In terms of the way these subjects (above) have been framed by the camera, where would you place them on a scale from subjective to objective? What about other photographs you know and admire? What about your own images? What helped you to decide where the photographs should be placed? 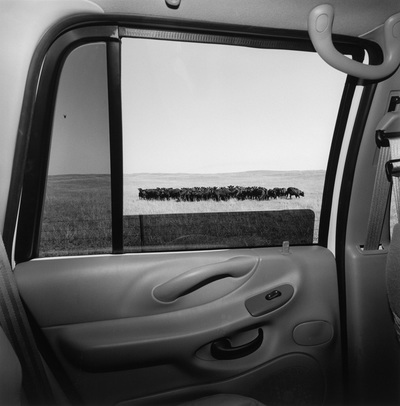 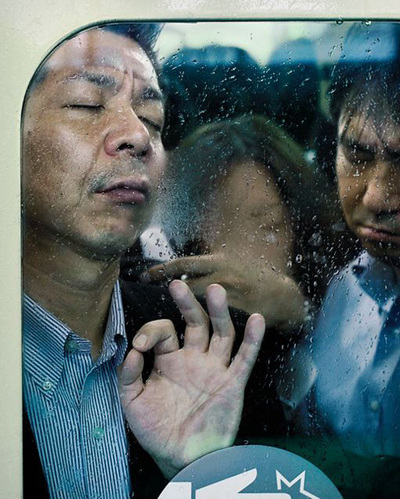 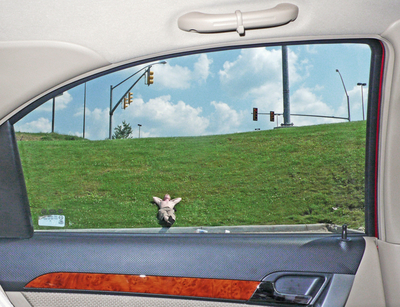 Julian Germain's wonderful photobook 'For Every Minute You Are Angry You Lose 60 Seconds of Happiness' has a cloth binding with a vaguely 1970s domestic floral pattern. The inside front and back covers provide a kind of framing device for the rest of the book. We are presented with photographs of photographs, specifically a dog-eared family album featuring a typical combination of portraits, landscapes and prize flowers. As Julian Germain explains:

‘I met Charles Albert Lucien Snelling on a Saturday in April, 1992. He lived in a typical two up two down terraced house amongst many other two up two down terraced houses… It was yellow and orange. In that respect it was totally different from every other house on the street…. ….Charlie was a simple, gentle, man. He loved flowers and the names of flowers. He loved colour and surrounded himself with colour. He loved his wife. Without ever trying or intending to, he showed me that the most important things in life cost nothing at all. He was my antidote to modern living.’ 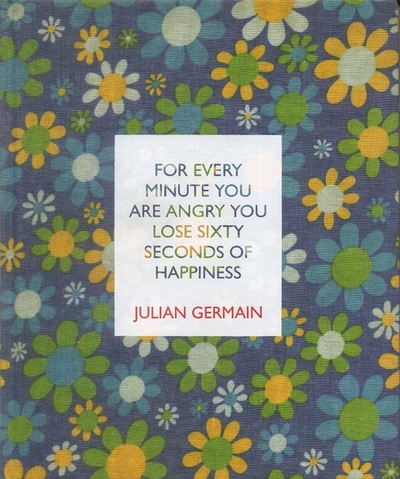 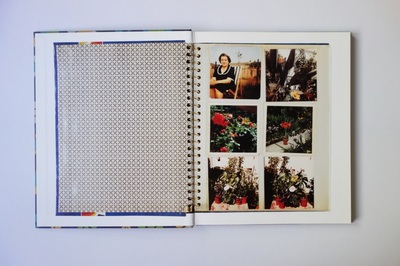 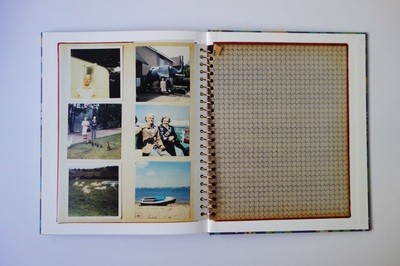 One of the ways we confer importance on photographs is to frame them in various ways. We put them in physical frames and give them pride of place on the chest of drawers or mantelpiece. We may even hang them on the wall. Or, we frame them in an album and occasionally take it off the shelf to flick through. Or at least we did before digital technology began to take over. Now, if we can be bothered, online companies offer to create a special photobook just for us (for about £20). Or Facebook generates an automated video for us to celebrate so many years of family and friendship, binding us still further to a virtual, dematerialised online album. More commonly our photographs languish, largely unseen, on the hard drives of our computers. 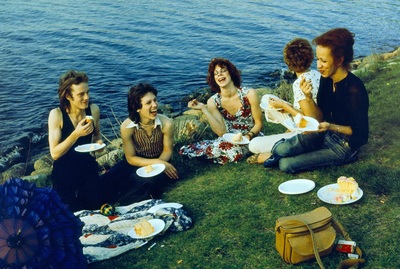 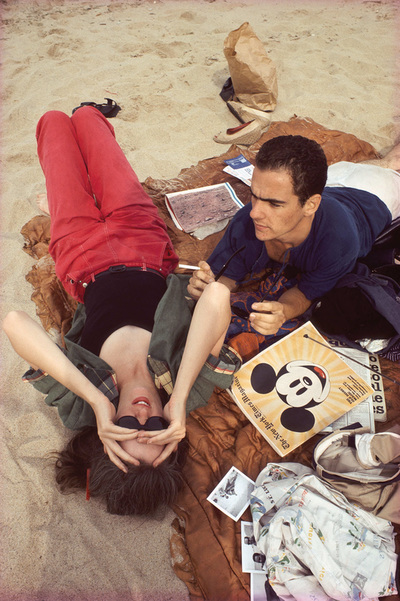 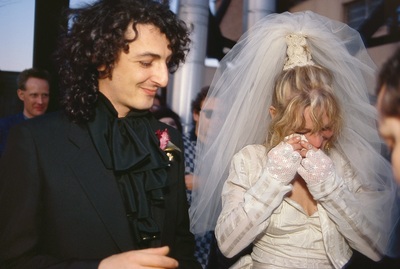 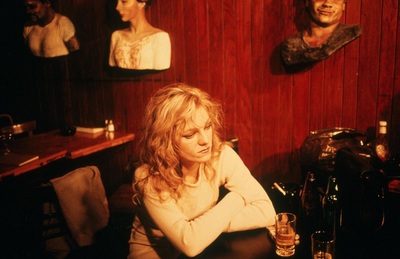 If photography is an art of selection, rather than invention, one of the challenges faced by all photographers is the need to make choices about which image (of the many tens, hundreds or thousands taken) will be selected for special treatment (enlargement, printing, framing, publishing etc.)

I don't think the essence of photography has the hand in it so much. The essence is done very quietly with a flash of the mind, and with a machine. I think too that photography is editing, editing after the taking. After knowing what to take, you have to do the editing.
​
-- Walker Evans

An art of production, not just reflection

The photograph contains certain facts - things in the world - and these traces are captured by the camera. However, the paths, the bee hives and the factory all suggest a human presence that is missing from the photograph itself. These are more iconic traces. Added to this is the title itself which suggests a possible symbolic interpretation:

There is nothing particularly special about this path. What might transform it is the way in which it has been photographed and how the photograph’s title might encourage us to make sense of it. So what might be ‘The Crooked Path’ here? Is it the path between nature and industry, perhaps? Between the country and the city? Between subsistence farming and corporate food production? Between nature’s chaos and modernity’s fantasy of order? Between civilisation and its discontents? Between summer and winter? It could be one, or all, or none of these [...] And the brute fact of the path is important too. A path is a trace, so a photo of such a path is a trace of a trace.

Imagine Jeff Wall had placed his tripod closer to the bee hives, ignoring the paths altogether. Or what if he turned the camera slightly to the right where the path is less clear and we can no longer see the bee hives. The scene would not look substantially different. Imagine that he then titled the photograph 'Untitled, 1991'. How would our reading of the picture be different and why?

Photography is an art of selection rather than invention...Discuss

How true is this statement in relation to this photograph by Thomas Demand? 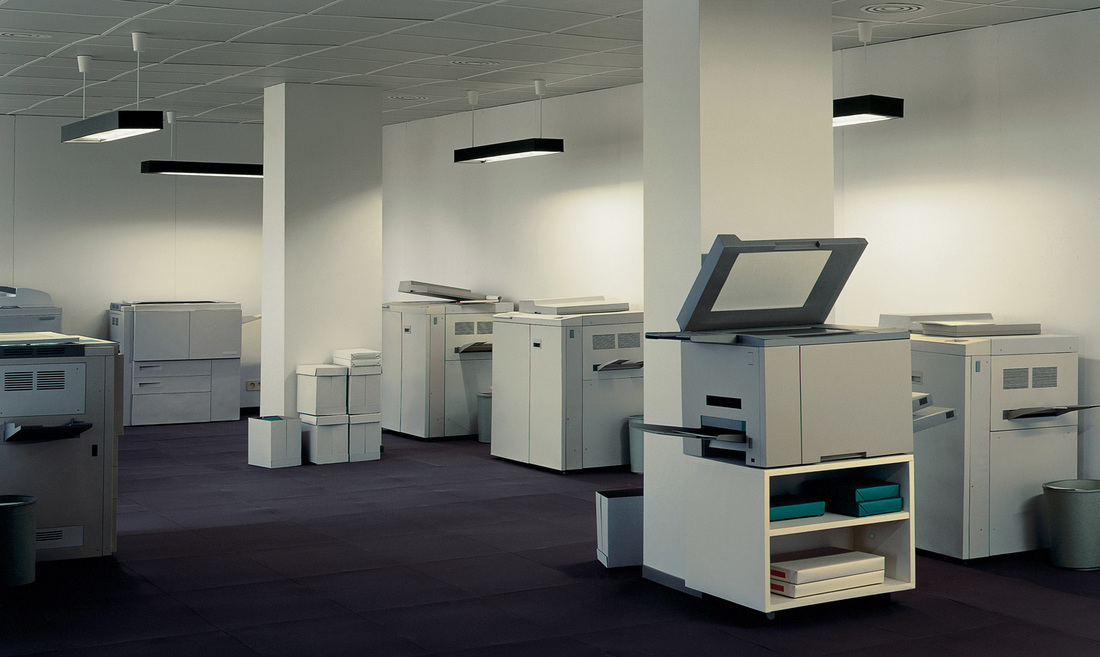