The view from here...

All photographs are, to some extent abstractions. Whether you agree with this will be largely dependent on your understanding of - or definition for - the term abstraction, which in itself is quite ambiguous.

ABSTRACTIONIn the context of here - this playground for art/photography teachers - our standing inevitably leans towards 'freedom from representational qualities'. But that's not to neglect the other possibilities offered. For example, 'The process of removing something' is an equally rich starting point for discussing the abstract nature of photography that extends neatly on TC#4.

Anyhow, here's a few statements to kick about with a class beginning to question photographs as abstractions:
Would you disagree with any of the following?These initial prompts might be a useful way to expose and subsequently unpick some of the common vocabulary used when discussing the abstract nature of photographs. 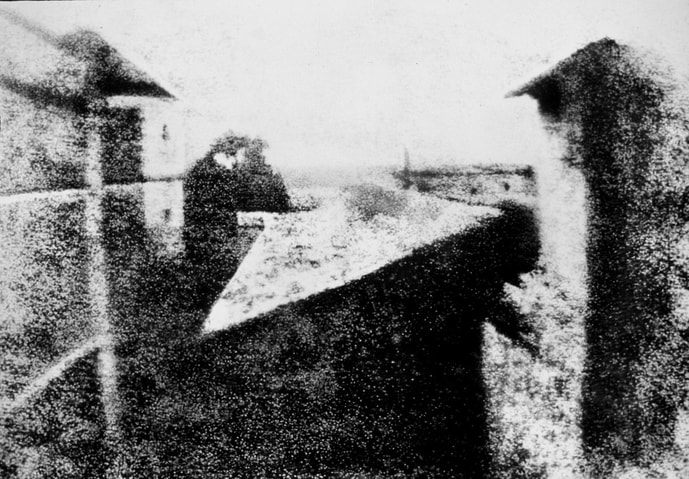 Joseph Niépce, View from the Window at Gras, c.1826

The heliograph above, captured by Joseph Niépce, c. 1826, is widely considered as one of the first photographs. It presents a view from his window, exposed for about eight hours while the sun changed position. The subject matter is easily enough recognised (and if not the title 'View from the Window at Gras' is quick to join the dots), but yet the image is far from realistic or representational. For those with a basic grounding in art history - and viewing from our contemporary perspective - it is only a short leap to consider this in more abstract terms, as a combination of tones, textures and shapes upon a surface. But yet any potential abstraction here is borne of the technology of the time rather than a deliberate intention of Niépce, the image-maker.

​Since 1826, camera technologies have evolved in ways that Niépce would never have imagined and, at least on the surface (a perfect expression for photography discourse), the journey appears one of increasing 'accuracy', notably with the arrival of colour imagery via Thomas Sutton in 1861. However, technological advances - for example the ability to capture microscopic detail, or the blurred (or fixed) movement of a speeding...well, anything e.g. horse, bullet, car - have also led to alternative ways of recording. And seeing. Arguably, these images, such as Harold Edgerton's 'Crown Coronet' or Von Ettingshausen's 'Section of a Clematis' (below), are as abstracted as they are heightened in their own elaborations on reality.

The five images below (and subsequent links) provide examples for discussion that, in one way or another, might demonstrate photographers taking a step away from what might be percieved as 'real'. 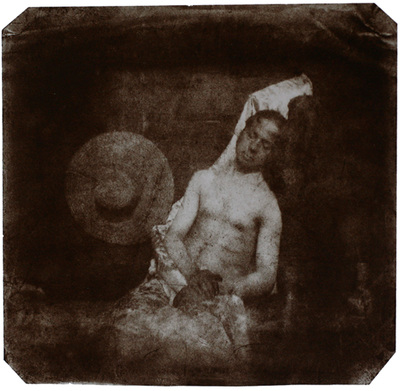 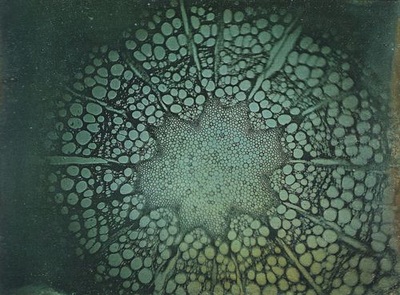 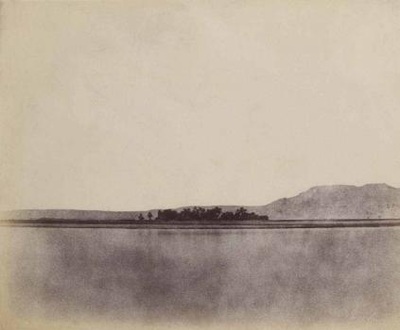 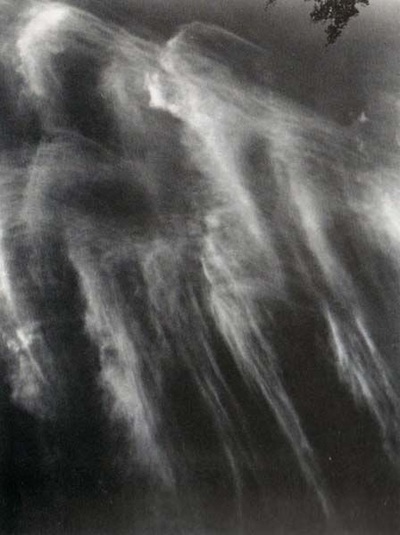 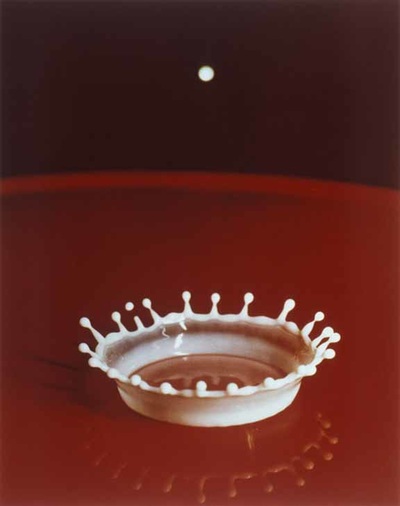 Using the works above by Fox Talbot and Matisse as inspiration - and with reference to ﻿TC#4: Photography is an art of selection rather than invention - ﻿produce a set of images experimenting with the boundaries of representation and abstraction.

…pictures aren’t facts. There’s nothing factual about them. They’re mental space. That’s what abstraction is about, making a kind of psychological space.
​
-- David Maisel

David Maisel is a contemporary photographer best known for his aerial views of environmentally impacted sites. His cartographies capture 'landscapes undone' in what might be considered an objective or representational manner. The images, taken from a propped open window (always windows) of a low flying aeroplane, present us with a view from above, as Maisel has chosen to frame it.

Mark Rothko was an American painter, prominent in the 1940s and 50s. Despite his objections he is generally considered as an Abstract Expressionist. Through his paintings he sought to express and engage with human emotions, aiming to provoke an experience akin to a religious or spiritual encounter - both for himself in the act of creation, and also for the viewer. The story of his Seagram Murals, devised in anger, inspired by the blacked out windows of Michelangelo's vestibule of the Laurentian Library in the Medici church of San Lorenzo, offers a fascinating insight into the mindset of an artist exploring abstraction.

The examples above, in various ways, all demonstrate that abstractions emerge whether they are intended or not: Niépce and Fox Talbot produced works abstracted only through technological restrictions; Abstraction surfaced within Matisse's work at a time of personal darkness; Maisel's photographs appear as abstract works despite taking an objective approach to the landscape; Rothko was at pains to avoid being labelled as an 'abstract artist' yet is widely considered to be just this.

The next couple of examples concentrate on photographers that have made more deliberate decisions to embrace or even confront abstraction. And yes, more windows, for no reason other than playful connections. 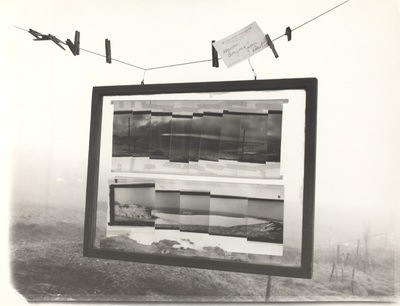 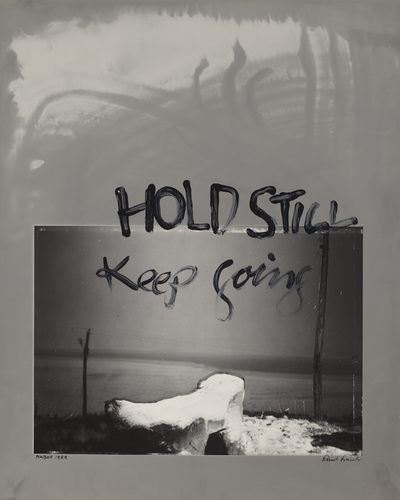 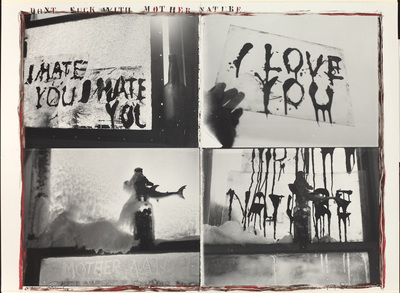 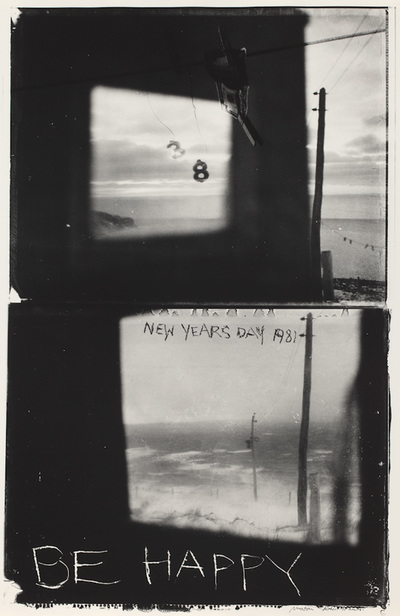 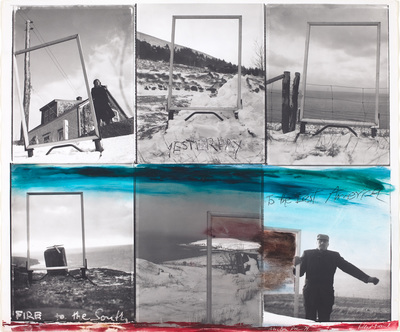 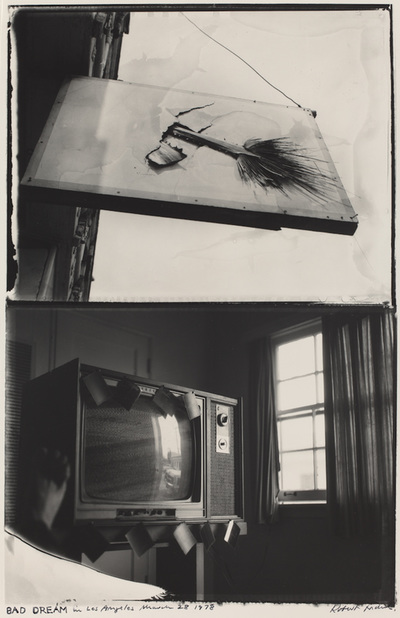 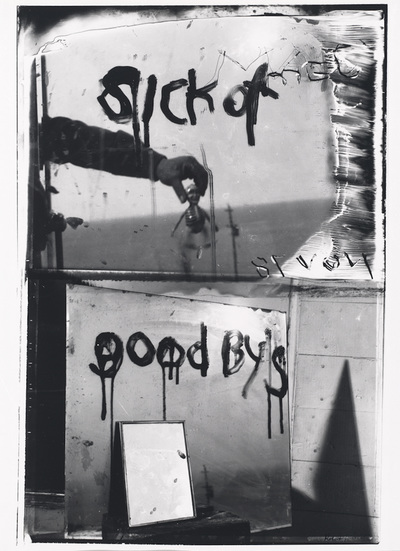 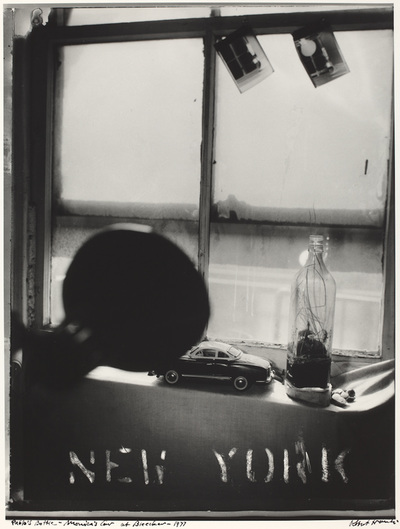 These images record powerful emotions, partly a response to tragic personal circumstances, loneliness and loss. Using a Polaroid camera, he created multi frame compositions, scratching into the film or painting across the surface, embracing the printing accidents that came with the technology. They unpick the notion of the single, decisive moment. Windows and mirrors feature prominently. There is a reflective (literal and metaphorical) quality to the images. They offer contradictory messages (I HATE YOU. I LOVE YOU; HOLD STILL, Keep going) and off-kilter views. The frame depicted within the frame often seems more important than the nominal subject - a hand, a landscape, a TV, a toy car, a house. These are views of the inside of his head as much as they are pictures of the outside world. Refer back to our original definitions of Abstraction; Frank is ticking all the boxes.

James Welling's Islands, in the frame

Compare and contrast these two images by the artist/photographer James Welling. Note down as many similarities and differences as you can...

Flat against the window

Art critic Clement Greenberg argued in his 1960 essay Modernist Painting that the essential and unique quality of modern painting was its flatness.
Other artists, such as John Baldessari and Annie MacDonell  have explored this concept of flattening, of how photographs transform (abstract) rather than just simply represent the world around us. Stephen Gill, in his series Hackney Flowers, emphasised the flatness of photography by layering upon the surface prior to re-flattening / re-photographing. 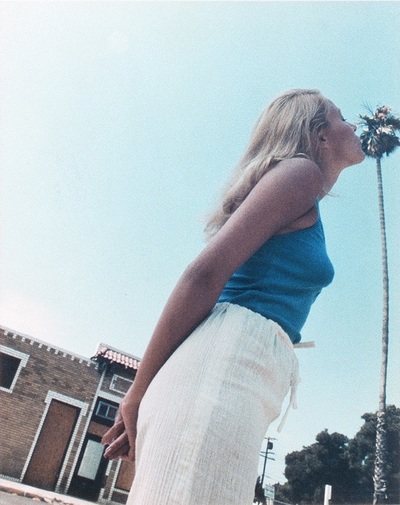 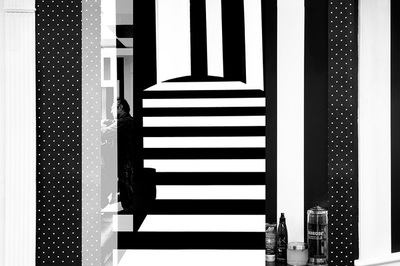 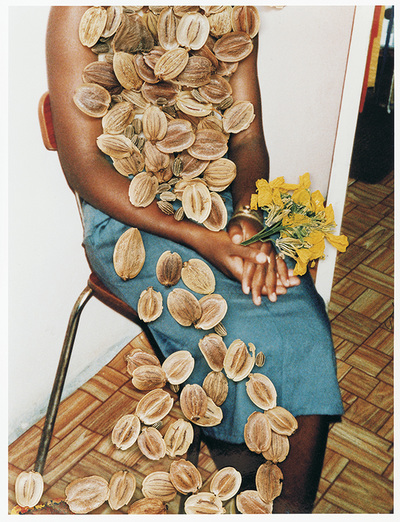 Flatness, Light, Black & White are not really photographs at all. They are temporary configurations at best, rendered in paper and ink and placed behind glass for the sake of exhibition. But even as we continue to present images in this familiar formulation, we must acknowledge that they are no longer credible as finite things. If images can be conceived of as anything at all, it is only as clusters of binary information, expressed as shifting reflections in the glossy black surface of the screen. Their appearance of permanence in the gallery is no more than an aesthetic affectation, as suspect as algorithmically generated dust and scratches on a JPEG.
By Chris Francis  and Jon Nicholls